Dilsey Davis
​Dilsey is a writer, producer, director and actor who enjoys using the magic of storytelling and the moving image to shape and influence culture. She has been working in the film and television industry for over 18 years.   Mrs. Davis has studied acting at UNC-Chapel Hill, HB Studio in New York, Alliance Theatre in Atlanta and Lesly Khan Studios in Los Angeles. She is the founder and president of Café con Leche Media (CCL Media). CCL Media is an independent media production company in Atlanta, GA and Durham, NC dedicated to creating high quality projects.  Mrs. Davis has created television programs and short films that combine both entertainment and messaging to effectively reach underserved audiences.  Her work includes the award winning short film The Other Side, adapted from a children’s book of the same name.  She also created, produced and directed the African short Wedding Day starring the popular South African actor Kenneth Nkosi (District 9, Tsotsi, No 1 Ladies Detective Agency).  Most notably, she was the creator, producer and director of the award-winning “Nuestro Barrio” (Our Neighborhood), the first Spanish language series to air on English language television in the United States.            In addition, she has produced a children’s short animation series entitled Adventures with Fit and Newt, as well as a multiple commercials, public service announcements, and industrial videos. She is currently writing and developing two new film projects under her company’s banner, while working as a story consultant for a Los Angeles based production company.

SINGALONG WITH RISSI
Spend 30 minutes laughing, pretending, and singing along with Rissi Palmer and her children’s album, Best Day Ever. Have you ever wanted to be a tree? Or travel to space? Or maybe you just want to imagine what your best day looks like? You can do all that and more without leaving the comfort of your home. Rissi will teach your child the song, while also sharing stories, and having interactive chats.
https://rissipalmermusic.com/best-day-ever-children-s-music
Cost: $10
Singer-Songwriter Rissi Palmer’s LP, simply entitled Best Day Ever, features 10 songs--- all happy, all light, all “comfort food” for the soul and is what Rissi calls “a sophisticated children’s album” while also being melodic nostalgia for adults. Co-written with and produced by the talented team of Deanna Walker, Rick Beresford, and Blue Miller, the entire project is filled with songs from the perspective of a child—the simple yet profound things that make life the “BEST DAY EVER” for children in so many ways.
Best Day Ever has been streamed more than 200k on Spotify and has received accolades from several popular family blogs, including Baby Meets City, Full Van Fun, and Kids Can Groove, and on the podcast Spare the Rock. The tracks, “Best Day Ever” and “Dear to Me” have been featured on the award-winning compilation albums Smiles Ahead and Heart Beats, both released by Mighty Mo Productions and Hallmark. Rissi has performed the album in its entirety at “Lincoln Center presents LC Kids” as a part of Lincoln Center’s children’s programming. 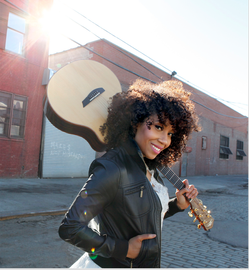 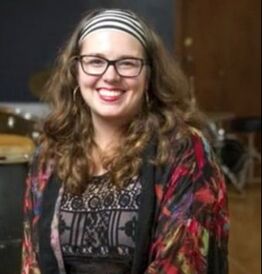 Meg is a Durham resident who believes creativity will save the world. She is an avid reader and writer, and loves introducing children and adults to creative writing. Her favorite type of students are the ones who doubt their creativity or ability to write creatively. She is here to help bust down that myth and believes anyone can unlock their creative writing capacity. When she’s not working as a freelance editor and writer, she is usually in her vegetable garden or taking walks near the Eno.
About Creative Writing:
Bring an idea for a story, character, or poem and together we’ll discuss a few simple steps to unlock the words waiting to be written. For timid writers, fear not: spelling and grammar woes will be creatively set aside, as this workshop focuses on content development. Workshop discussions among students to learn from one another, offer feedback and suggestions, and share writing with each other if desired. 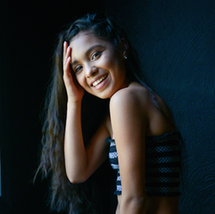 Abigail is 16 years old and has been a part of Walltown Children’s Theater since the age of 3. She has trained in many styles, from ballet, contemporary, modern, and lyrical to jazz, tap, hip hop, african, and latin. Abigail has taken classes from Geo Huebela, Fikshun, Comfort, Angel Roberts, Dena Rizzo, Kristin Taylor, and Debbie Allen. In the summer of 2018, she attended the Debbie Allen Summer Intensive in Los Angeles. She has assisted Bernadine Fields and Dena Rizzo for summer workshops. Currently, she’s a part of the Senior Dance Company and Competition team at Walltown. Abigail has been a part of some of our productions, playing Rebecca, Amber, Raina, Sugarplum and more in the Nutcracker. She also participated in our first Indigo Blue Musical. Abby is an honors student at Jordan High School has been accepted into the UNCSA High School Dance Program.