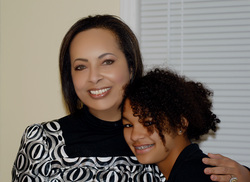 I am an established arts educator with more than thirty years of experience. I am an alumna of The North Carolina School of the Arts (renamed, The University of North Carolina University of the Arts - UNCSA) with a degree in Modern Dance. My passion for dance was realized at a very young age; I am the product of a summer arts program that came to my rural community, Mt. Airy, North Carolina. After a six-week summer program in the late sixties, I left home at age fourteen to study dance professionally at North Carolina School of the Arts Carolina, and endured extensive training to become a dancer of the world renowned Alvin Ailey American Dance Theatre. I have performed with other greats and major companies such as The Joffrey Ballet, Agnes de Mille Heritage Dance Theatre, DanzaHoy and Bella Lewitzky. I have worked with MacArthur Award legendary genius, Jacques d’Amboise of National Dance Institute in New York City and the New Jersey school systems, as well as the Kennedy Center for Performing Arts in Washington, D.C.
After a successful concert dance career my dream of developing as an artist in a Latin-American country came true when I had the opportunity to teach in Caracas, Venezuela.  There I served as resident choreographer for Radio Caracas TV and opened Cynthia Jazz Center.  In the United States, as gas prices soared in the eighties, I found my passion for teaching youth in a country that was open and receptive to the arts. My teaching and choreography have taken me to Japan, France, Switzerland, Morocco and back to the “Big Apple,” New York City.
Back in the United States, after marrying in Durham, NC, I knew I wanted to work with under-served youth. I could relate very well to what a community-based arts program could do for the life of a child. My commitment to give back gave conception to the Walltown Children’s Theatre (WCT) in 2000. My ‘Art-Reach’ began in a small predominately African American community in Durham, North Carolina and has extended throughout the state with educational shows, workshops, academic tutoring, and community outreach. This outreach has led to community partnerships including the following: the Food Bank of Central & Eastern North Carolina’s “Summer Kids Feeding,” Duke University Office of Community Affairs’ “Doing Good in The Community,” Triangle Community Foundation’s “Send A Kid to Camp,” the Durham Arts Council, and The Neighborhood Improvement Services of Durham.
Walltown Children’s Theatre (WCT) inspires positive social change by developing and reconnecting diverse, under-served youth in Walltown and the surrounding communities through quality performing arts programming, after-school academic tutoring and collaborative leadership opportunities. We are known for our exemplary programming and socio-economical diversity. WCT benefits youth of all backgrounds by exposing them to the very best training in theatre, dance, acting, fencing, guitar and piano. My motto, “I will never give up on you as long as you never give up on yourself,” renews hope for many children who live with severe home conditions: lack of income, incarcerated parents, parents living with HIV/AIDS, and much more. Thus, some of WCT’s artistic productions, such as “Bangin” have been aimed at issues affecting children—real life issues such as teen violence.  Other material includes classics such as William Shakespeare’s Romeo and Juliet in Spanish and Unity: A 2003 Tribute to Dr. Martin Luther King, Jr.
In addition to my work at Walltown Children’s Theatre, I also served as adjunct faculty in the drama program at the University North Carolina School of the Arts (UNCSA) where I concluded my duties in 2015.
Since 2010, I have served as a full time Executive Director at WCT and have been Co-Director since October 2000.
I am honored to be the recipient of a number of awards that have recognized my work as an arts educator and community leader. I have received outstanding awards from the Kennedy Center and was named Miss North Carolina’s Woman of the Year in 1998. I have received the Ten Year Recognition Award from UNCSA. The Triangle Community Foundation awarded me the Kathryn H. Wallace Award for Artists in Community Service, an award given annually to recognize an individual who has made a significant contribution to the Triangle community. In 2014 I was Woman of the Year by Spectacular Magazine. In 2014, I was also honored with the Cultural Enrichment Service Award by the W. Deen Mohammed Islamic Center. 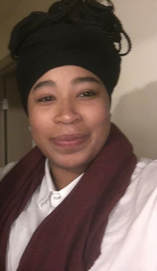 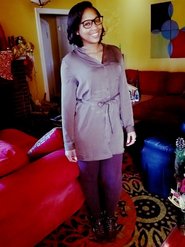 Tiffani Floyd was born in Durham and grew up in San Diego and Durham. She is an alumnus of Walltown Children’s Theatre and a longtime resident of the Walltown neighborhood. She came to the theatre as a student in her freshman year of high school and has been a dynamic and much-loved member of the Walltown community ever since. Tiffani enjoyed a career as a flight attendant before joining the Walltown Children’s Theatre staff as the office manager in December 2016. Tiffani has a passion for service and dance—particularly ballet and hip hop—and is excited to reconnect and help empower youth of all ages in the community.